The Cornish boiler was fired by coal and scrap wood from the sawing activities of the mill.  It could take several hours to bring the large volume of cold water up to boiling point and to raise steam.

During this time the operator  gradually raised the temperature so as not to suddenly ‘shock’ the metal such that it cracked and, once it was up to temperature, kept the fire burning sufficiently to generate a continuous supply of steam for the engine.
Air was provided by the draught created by hot gas rising up the tall chimney of the Mill.
The operator could adjust the draught using a counter-weighted slide valve at the base of the chimney.
The boiler operator had to keep a close eye on both the fire and the level of water in the boiler by using two small brass try cocks on the front of the boiler.
When the water was at its normal working level, steam came out of the top check valve when it was opened and water out of the bottom check valve when it was opened. Later, a sight glass was added to make the task easier.
A pressure gauge measured the boiler pressure. If the steam pressure got too high the pressure relief valve lifted to blow off surplus steam. 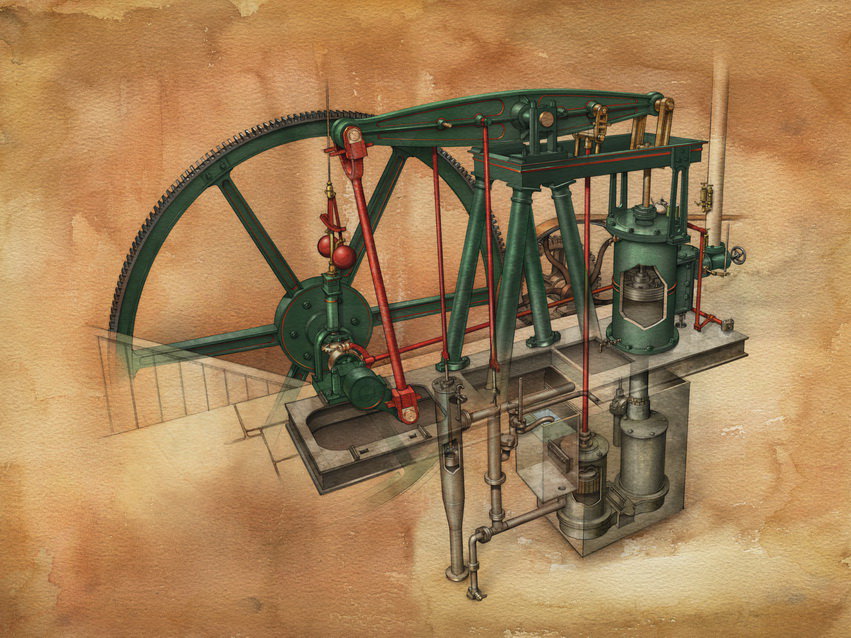 The engine is a double-acting, condensing, rotative beam engine with parallel motion linkage. The maker is unknown but the name…