The engine is a double-acting, condensing, rotative beam engine with parallel motion linkage.
The maker is unknown but the name “Thomas Piggott, Birmingham” appears both on the boiler front and the boiler feed valves.

The name “beam engine” refers to the fact that the power of the engine is transmitted via a massive beam which rocks to and fro, in this case overhead.
The 1852 beam engine and the associated Cornish boiler are housed in the one room so enabling one person to run the engine. 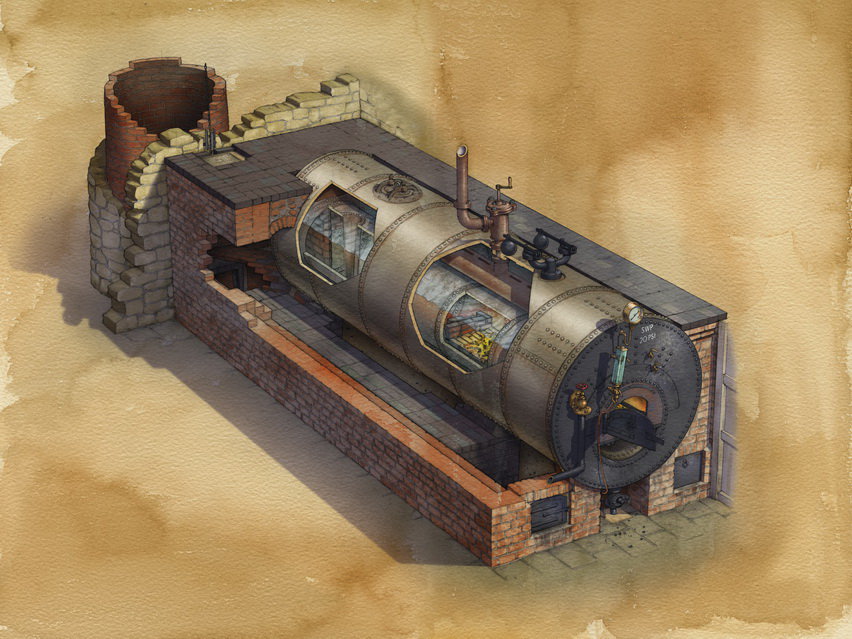 The Cornish boiler was fired by coal and scrap wood from the sawing activities of the mill.  It could take…